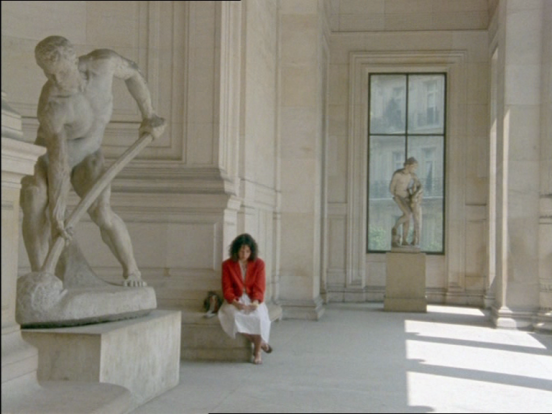 In 100 words: On the surface, this film feels too simple, its technique so spare that it may feel unremarkable. But then the plot and the film’s rich dialogue continues to build, wrapped in all of its central character’s neurosis, exploding with feeling and insights along the way. His characters have concerns that always feel trivial, but he injects them with such warmth, so much empathy, and such wit, that they feel universal: any person can relate to the abysmal loneliness Delphine feels and the hunger and reticence she has towards finding someone to love. Elegant images, clever ellipses, great ending. Riviere amazes.

Other Movies for Context: My goodness is Eric Rohmer the most sublime wordsmith ever? His films all feel similarly laid-back but rich with deep feeling. My Night at Maud‘s (1969) is truly special, along with Claire’s Knee (1970), and A Summer’s Tale (1996). I look forward to exploring more of his work, because he’s one of my favorite directors. Richard Linklater’s Before trilogy take cues from his work and even Hong Sang Soo’s dialogue-heavy but sparse images feel close in spirit to Rohmer’s work. Right Now, Wrong Then in particular reminds me a lot of Rohmer’s work.