Part of The 100 Greatest Movies I’ve Ever Seen List 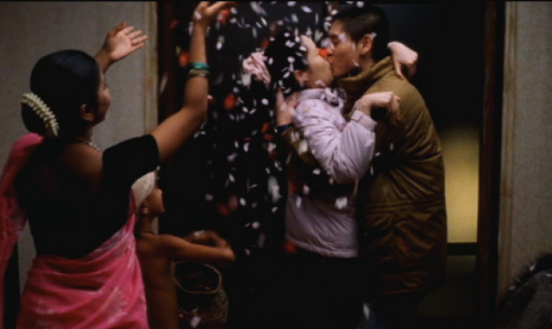 In 100 words: Oasis is perhaps the movie on this list that comes closest to being completely terrible had it been written and directed by someone with less talent or hackneyed sense of direction. Consider the difficulty of depicting a romance between a woman with cerebral palsy and a vaguely autistic man just out from prison, it may end up like a movie-of-the-week TV special. In Lee’s hands, it becomes something deeper and more potent: he blends a naturalistic and humanistic aesthetic with flashes of hopeful fantasy to portray an unconventional but deeply romantic love, while functioning as a trenchant social critique. Exquisite.

Other Movies for Context: Lee Chang Dong is my favorite of all Korean directors working now and has produced some of the best social dramas that depict Korean society’s worst and best instincts. My personal favorite from his small but formidable filmography is Secret Sunshine (2007), a maternal melodrama about small town dynamics, grief, and religion that hinges on Jeon Do-yeon’s magnificent performance in a tricky role. Poetry (2011) focuses on an elderly woman suffering from dementia just as she opens her mind for more learning. His most crucial work, I think, however, is Peppermint Candy (1997), a stunning historical drama that basically charts the history of Korea as it transitioned post-dictatorship.