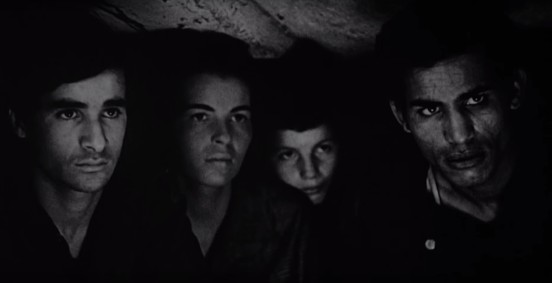 The Battle of Algiers aka La battaglia de Algeri

In 100 words: A blisteringly realistic take on the Algerian liberation, Pontecorvo’s film is one of the greatest political films to ever exist. Shot with a handheld camera that reacts to every explosion, violence, or march with alarming intensity and dexterity, putting the audience in the thick of the action. The coldness of its approach to portraying both the police’s and the terrorists’ tactics make it feel evenhanded, although Pontecorvo’s sympathies are clear. Still, I’ve yet to see a film that immerses you in its violence, in its chaos, in the everyday lives of its characters with such vitality as this one does.

Other Movies for Context: The Palme d’Or winner Chronicle of the Years of Ember (1975) by Mohammad Lahkdar-Hamina has a similar topic, but focuses on the rural uprising. It’s underrated and is unfortunately underseen: it’s pretty spectacular. I’ve only seen one other movie by Pontecorvo, called Burn (1969), starring Marlon Brando, but that’s not a good movie to recommend at all.